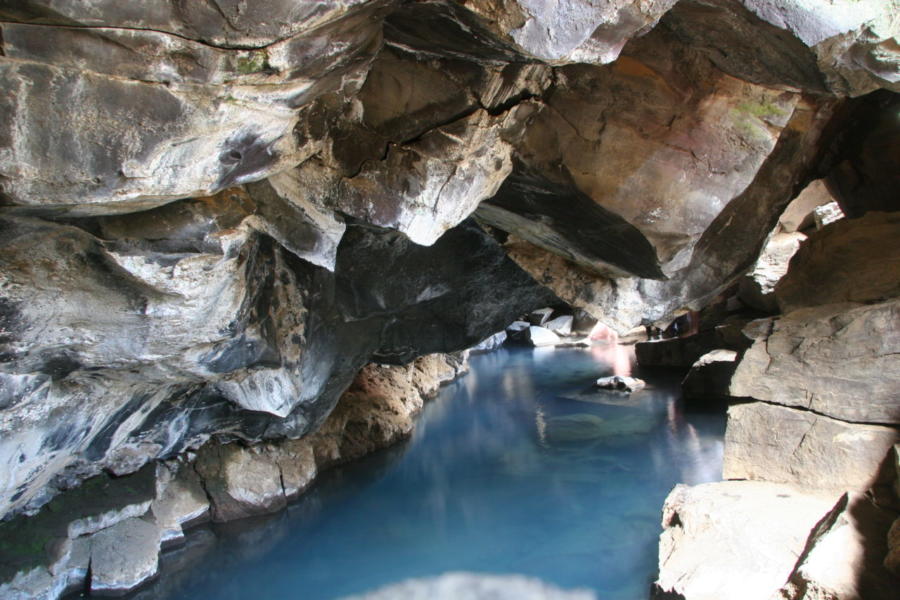 Between the 25th and 30th of June, the Stockholm University excursion for the evening course “Earthquakes” took place in northern Iceland. The excursion had 25 students and four leaders. During the first two days the weather was fantastic, whereas the last two days it was back to normal. The students were (as always) very interested in the main topics of this excursion, earthquakes and volcanoes. This year we had to make some changes to the program as we lost two localities; Grjótagjá (Fig. 1) has been closed and the drill hole in Húsavík has been re-modeled to supply water to the new geothermal bath GeoSea. The latter became a much-appreciated new “excursion” stop in the late afternoon of the second day. Another new locality was the drill hole at Hafralækur (Fig. 2) that replace the now inaccessible HU-01 hole in Húsavík. Thanks to the new tunnel through Vaðlahei∂ar we saved half an hour in transport time every day.