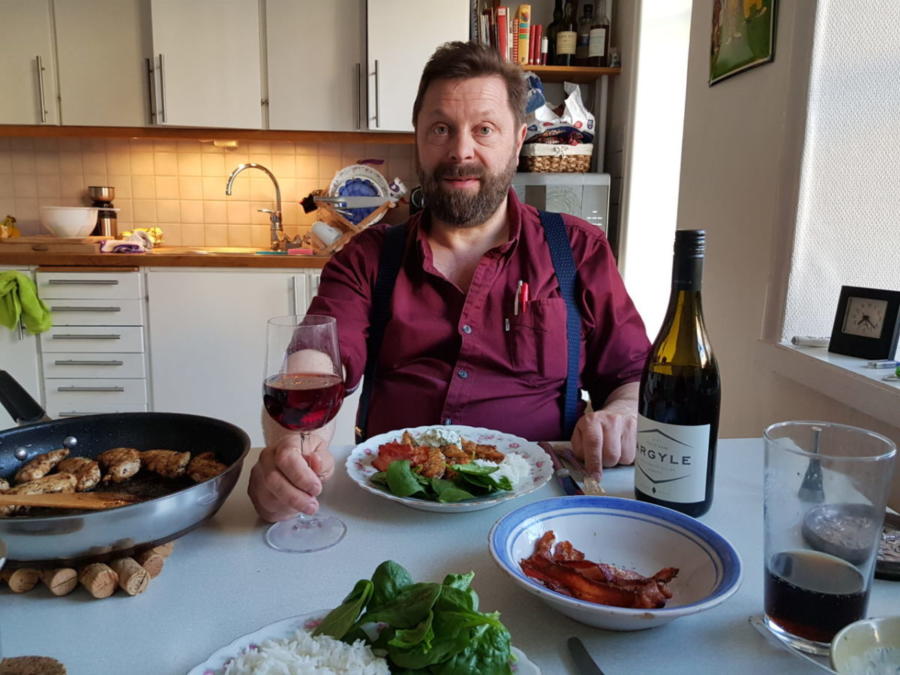 Pleasant and unexpected news from the Geological Society of Sweden. They have awarded Erik with the Hiärne Prize for his popular science activities. Having followed Erik’s career over the past 13 years, I can confirm this prize is well deserved! Besides being very dedicated to his research, Erik has the same degree of dedication to his teaching and to getting the message across to everyone interested in science, whether young or old. Once you get him started on talking about research, it’s difficult to stop him 🙂

Erik has written numerous popular science articles for various magazines in Sweden, Denmark, Finland, US, and Iceland. The majority of articles have been published in Swedish ‘Geologiskt forum’. With 37 articles he might have the record for having published the most articles in Geologiskt forum. However, besides writing he has appeared numerous times on radio and television, e.g. Morgonpasset, Sommarlov, Kossarnas planet (picture above) and an unknown number of TV science programmes. One of his more fun popular science project has been to describe how Geologists are depicted on the silver screen, whether hero or villain. The conclusion was crystal clear, the geologists are heroes!

The Hiärne Prize awarding ceremony is planned to take place on the 11th of November in Uppsala.